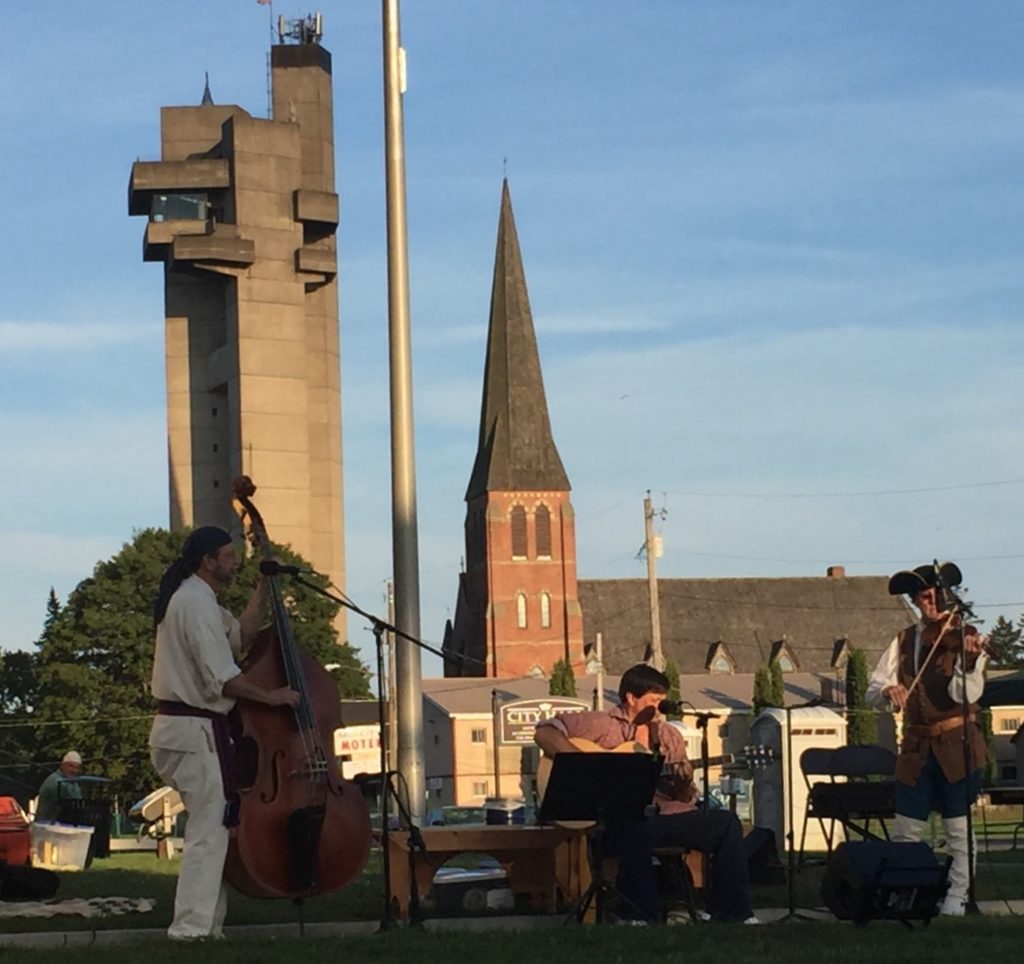 Trois Bouffons was formed in 2007 in an effort to preserve French Canadian music, community dance and storytelling. The word “Bouffon,” dates back to medieval France when jesters entertained the king and his court. After the fall of the monarchy, the “Bouffon” became a “busker” or “street performer.” In French Canada, the word is most closely associated with interactive street performers, Québecois vaudeville and the veillée, or “social gathering” for which entertainers were hired to perform for communities. The veillée performance could last an entire weekend, playing four hours each night!

FROM LEFT TO RIGHT:

Michael Francis, violin, viola, mandolin: Michael is a classically trained violinist and historian of music. He specializes in several genres, but his knowledge and performance of French Canadian music is a reflection of his ancestry. Michael’s Québecois lineage travels back several generations.

Genot Picor, guitar, mandolin, storyteller: Genot is a musician, dancer and storyteller. He is a guest writer for four magazines and holds a Master’s Degree in Theatre Arts/Interpretive Performance Studies from Eastern Michigan University. Genot can be found on the touring directory of the Michigan Arts and Humanities Council and as a resource for the Historical Society of Michigan.

Mark Szabo, Upright bass, guitar, storyteller: Mark is an award winning naturalist, musician and storyteller who incorporates his knowledge of the environment into the stories he spins and the songs he writes. Originally from Ohio, Mark has performed throughout the Midwest.